Our website has detected that you are using Internet Explorer (IE) - a browser we no longer support. We recommend switching browsers to avoid issues with features on the site. View supported browsers here.

Preheat oven to 350°. Cut off the top rind of brie then place brie in a skillet. Bake until brie is bubbling and totally melted throughout, about 15 minutes.

Meanwhile, in a large pot of boiling salted water, cook linguine according to package instructions. Reserve about 1 cup pasta water. Next, then drain and transfer linguine to a large bowl.

After removing brie from oven, immediately add linguine to skillet and toss until coated using tongs. If the brie is too thick, gradually add pasta water to loosen. Serve immediately with Parmesan. 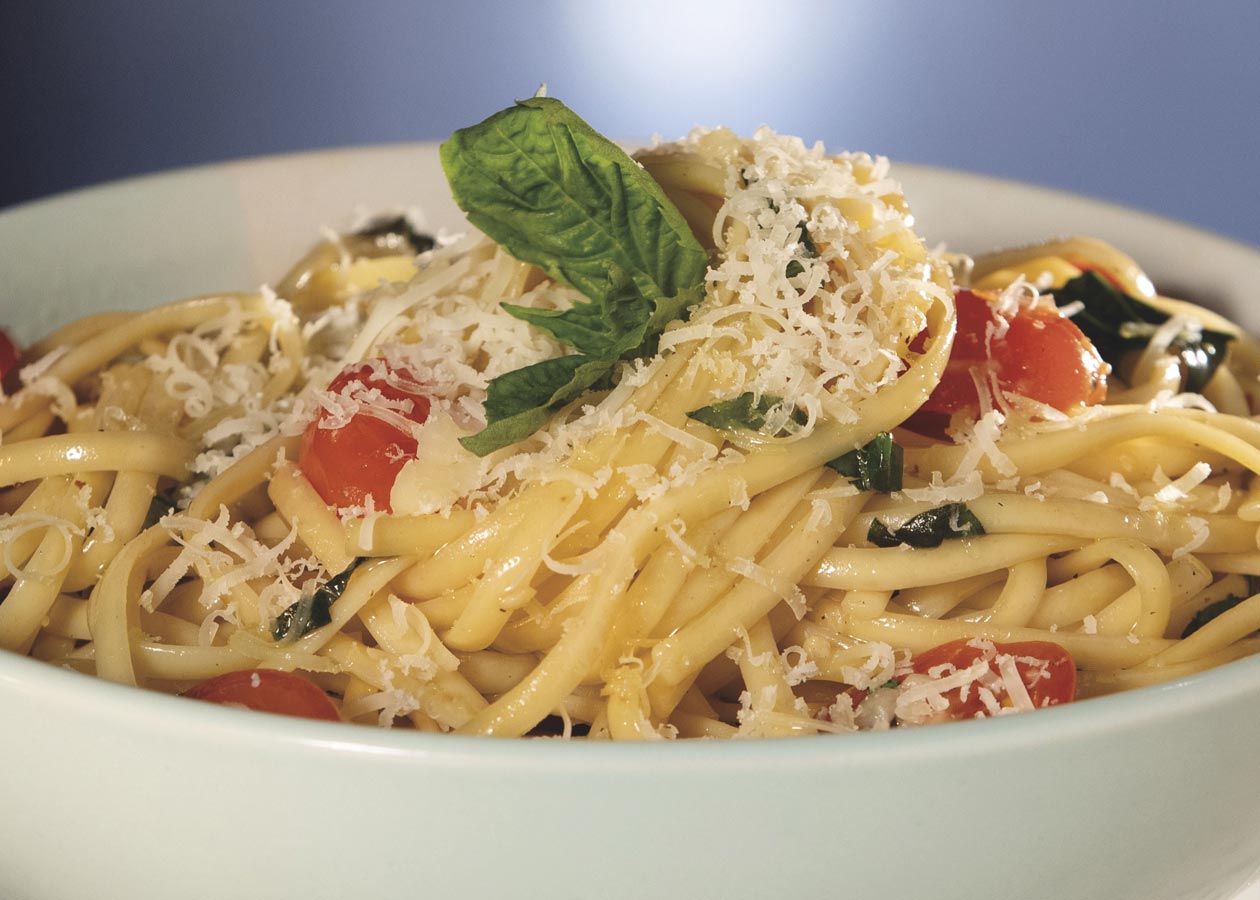